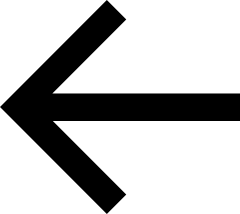 
Beyond offers services such as online will creation among others. As they built an initial version of the will funnel, they reached out for help with improving conversion and iterating on the product as they noticed users dropping out at certain stages of the funnel. The product needed improvements on the UX side as well as help integrating and designing new features.

Before diving into making any changes to the product, I spent time getting accustomed to what problems users were facing and spotting common patterns. They already had a good system for tracking user behaviour and feedback set up in place. I went through feedback gathered through Intercom, reading conversations between customer success team and users, organising workshops to observe how users currently interact with the product and having meetings with customer success team to understand what were the most common issues users would ask help for.

Afterwards, I spent time seeing how people would interact with the platform (video-recordings via Fullstory), analysing data via Heap to get more insight into which segments in the funnel had usability issues.


There were several issues with the initial dashboard the product had. Even though the main focus was the will tool, only a small component of the dashboard actually reflected that. Also, some users were put off by having the will service next to post-death services. The communication of the will tool wasn't the best possible.

The new version of the dashboard promoted the will tool separated from the other services, there was now a separation between a logged in view and a logged out view and new features such as tracking profile completeness were introduced. Thought was put into how to reflect the different states and progress of the sections the will service offered (locked / unlocked / sent for checking etc).


Based on the initial research, I noticed users were not converting into paid customers even though they would complete the will. One issue was that the user had no way of verifying or reviewing their data before actually committing to pay which resulted in lack of trust for the service overall and hence drop-off. Another issue was the fact that the sections had to be completed in consecutive order with no way of going back to the other sections. There was no freedom to skip sections, move to the next one or go back to the previous one. The functionalities were limited. This lack of visibility resulted in drop-off as well.

The new review page had the information completed for that specific section published inside the page once completed, you could now review the information to see if everything is in order, you could go back to sections and completed in the order you liked. Elements for progress were added to add more clarity in regards to the user's overall progress. This solution resulted in 5% conversion increase.


The initial payment page had information about subscription details, capturing the partner's email address, as well as payment details, all in one screen. It tried to cater to multiple functionalities and thus caused confusion for the user, not getting enough clarity about subscription or how partner wills would work. The result was drop-off and people not actually completing the payment step.

For the iterated version, I separated subscription, partner wills and payment intro 3 separate screens. This way, the user would be guided at each step about what to do or choose, more information for each step was added, and payment page focused on solely payment details. This solution resulted in 20% conversion increase.


After research, improvements on the will funnel were made such as restructuring IA, consistency in add/edit states, and redesigning any sections that were unclear or with bad usability.


New sections were added to the will tool as well such as the ability to verify your identity, an improved account section, ability to execute your will, history of your wills.